Does Medical Cannabis Cause Anxiety? 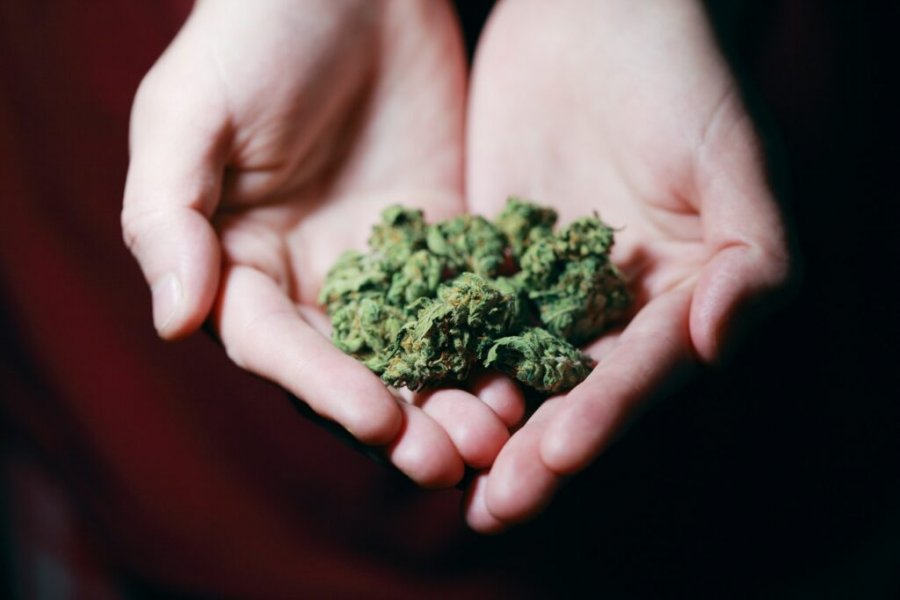 Are you worried that medical cannabis may cause anxiety?

Epilepsy, cancer, multiple sclerosis, and lupus are just some examples of these conditions. However, general anxiety disorder is not included on the list, so diagnosed sufferers of this condition do not qualify for medical marijuana.

The relationship between marijuana use and anxiety is a complicated one. If you are just entering the world of medical cannabis, and you experience anxiety, it’s good to learn about the basics of this topic, such as things to avoid while using it.

In the following paragraphs, we’ll explore the role of cannabis in treating anxiety symptoms. Additionally, you are going to learn about the potential negative effects that marijuana can have on anxiety so that you can make an informed decision.

The Starting Point: What Is Anxiety in a Medical Sense?

Because of the subjective aspects of anxiety disorders, the term anxiety is often misused or is used in a way that separates it from the medical definition. This can be done with similar terms, like depression, where someone might say they are feeling “depressed” but are not experiencing any of the symptoms that align with the medical definition of depression. 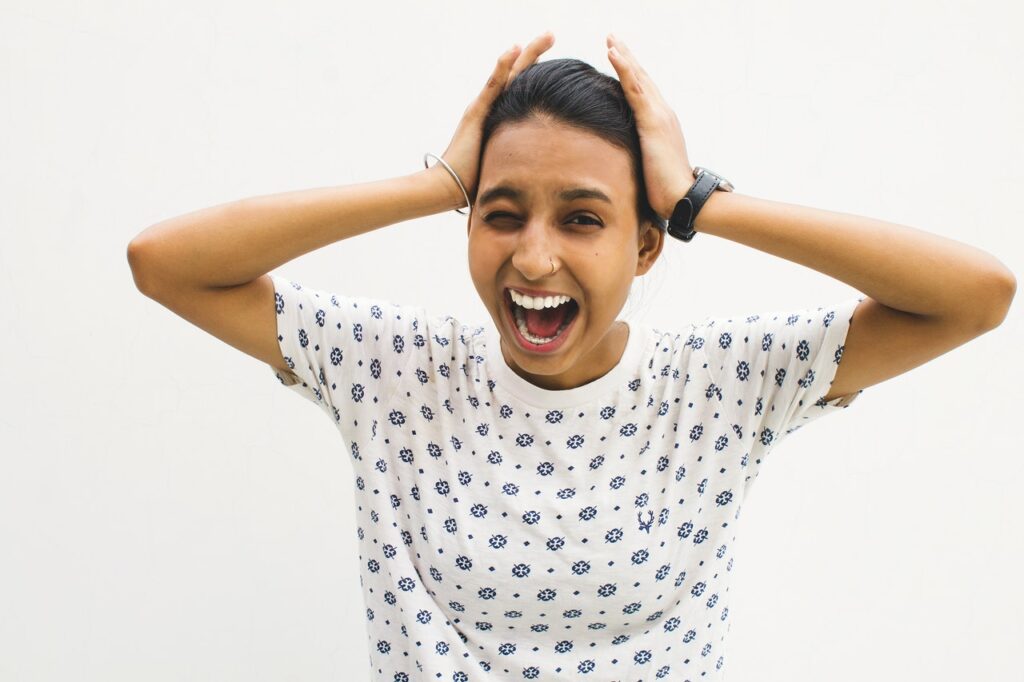 In medical terms, anxiety is described as a general feeling of worry and fear. These feelings can range from mild to severe, and anxiety can be a symptom of other medical conditions.

For instance, you could experience anxiety as a symptom of post-traumatic stress disorder (PTSD), a phobia, or a social anxiety disorder.

Does Cannabis Cause Anxiety?

Conversely, there are individuals who experience no change in their perceived anxiety levels. These different pieces of anecdotal evidence have sparked debates about the role of marijuana in anxiety symptoms.

Studies have shown that high THC levels in marijuana may contribute to worse anxiety symptoms in individuals who have consumed cannabis. Racing thoughts and increased heart rate are common factors in feeling anxious.

The Substance Abuse and Mental Health Services Administration (SAMHSA) has stated that there might be a link between anxiety disorders and marijuana use. But it’s still not clear whether it's marijuana causing the anxiety, or other factors, such as marijuana abuse.

When it comes to using medical cannabis for anxiety relief, it’s important to use lower doses. Using higher doses may worsen the anxiety because cannabis interacts with a person’s endocannabinoid system (ECS).

The ECS receptors are found all over your body and are responsible for balancing numerous physical processes. What matters in our current context is that the ECS regulates the feelings of fear and anxiety. 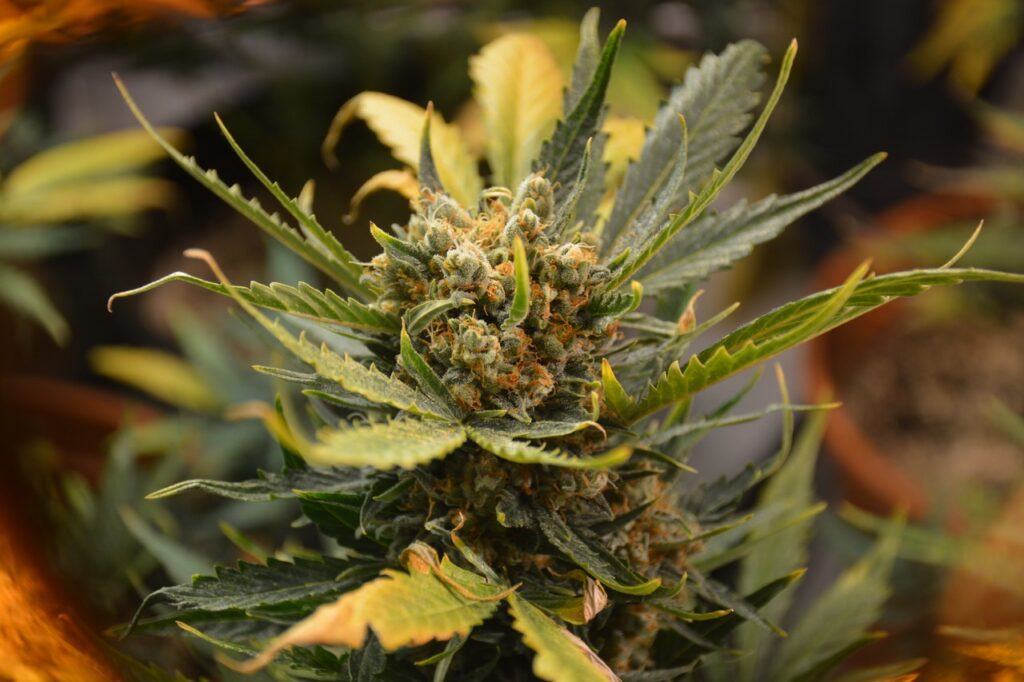 The ECS responds to any kind of cannabinoids, which is why THC isn’t the only compound that interacts with this system. Depending on the strain, other types of cannabinoids may be communicating with your ECS.

A well-known study featured in the Journal of Affective Disorders demonstrated how smoking marijuana decreased self-reported anxious feelings. The study showed only a short-term improvement instead of long-term effects.

Another thing to consider is that medical cannabis has terpenes. In short, terpenes are aromatic oils that give cannabis its unique smell. One of these terpenes, limonene, is linked to stress-fighting effects that could potentially counter anxiety, too.

Should You Use Marijuana for Anxiety?

Even though generalized anxiety disorder isn’t on the list of Hawaii qualifying medical conditions, some of the listed medical issues may have anxiety as one of the prominent symptoms.

For instance, post-traumatic disorder (PTSD) has been a qualifying condition since July 1, 2015. Anxiety can be one of the defining symptoms of PTSD. That’s why it’s important to look at the side effects and concerns regarding medical cannabis use for anxiety symptoms.

Always discuss and weigh the benefits against the associated risks with your medical doctor. Some research has shown marijuana’s potential in helping with anxiety, but you should consider the potential side effects before deciding on a new treatment.

The typical side effects of cannabis use are as follows:

Keep in mind that not every patient experiences the same side effects. Some people have virtually no adverse effects. Your personal experience is based on your personal conditions, including weight, age, sex, genetic makeup, and other variables.

Another thing to remember is disclosing all the other medications (including self-medicating and recreational drug use) to your doctor. Medical cannabis has the potential to alter or counter the effects of certain types of drugs.

Finally, your medical supervisor needs to evaluate whether marijuana use could exacerbate any existing medical conditions. For example, if you have frequent panic attacks or a panic disorder diagnosis, the use of medical cannabis needs to be carefully evaluated. In some cases, cannabis use is linked to an increase in the risk of panic attacks. 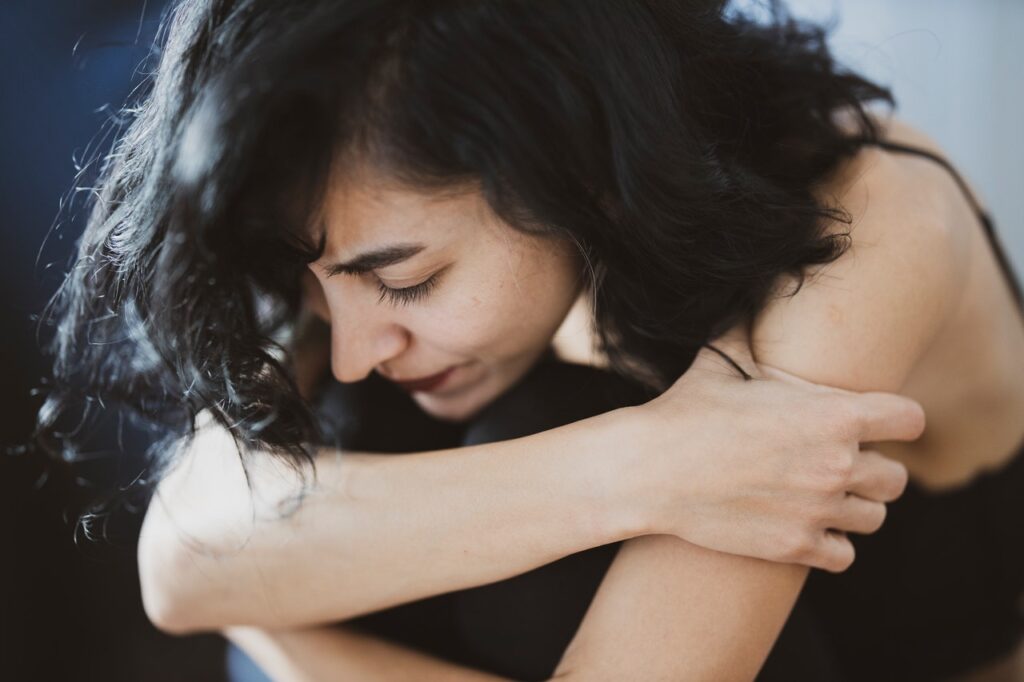 Medical marijuana has a complicated relationship with anxiety. On one hand, cannabis may relieve the symptoms of anxiety and disorders that have anxiety as a prominent symptom, like PTSD.

However, medical cannabis has the capacity to make a person’s condition worse; for instance, someone who experiences frequent panic attacks.

Always consult with your doctor and give as much relevant background information as possible. Weigh the potential benefits of medical marijuana use against the possible side-effects.